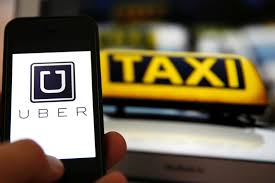 Why recruiters should fear Uber.

Earlier this week, I left my phone in a taxi. Schoolboy error, but in my defence I had just come from the doctors as I had put my back out, and was a little hazy on Valium. Realising my mistake very quickly, I was able track my phone using that very clever app and got in touch with the driver….. “$100 to return your phone otherwise you can’t have it”.

Personally, I didn’t really have a strong opinion on taxis up to that point. The topic was right up there with who my favourite Kardashian is. I used them when I needed and had no real expectation of a quality service, other than to get me home, which they usually did (taxis….not Kardashians).  I just expected that sometimes they wouldn’t turn up, or know the way, or be a bit rude…all part of what I had become accustomed to.

“Wow…$100.. I know I’m high right now but did I hear you right….and what is that little polka dot mouse in a waistcoat doing climbing the wall”

Whilst my expectations of taxis are not that high, bribery, blackmail and robbery are definitely not part of them! Luckily for me this taxi driver was not the criminal mastermind he may have thought he was and I have recovered my phone and the $100. As disgraceful as it was, up until recently I would have just sucked it up and the next time I needed to go somewhere I would have still called a taxi. Thankfully I can now do something about it…..now there is Uber with their new fancy way of doing things and disrupting the comfortable status quo. So, it is Uber all the way for me from now on….. (coincidentally this all happened when a marketing campaign by a taxi firm dramatically backfired (#yourtaxis)

What’s the relevance here to the recruitment industry? I know you can see it coming but keep with it……

The reason that Uber’s impact has been so huge is because they saw an industry where poor standards had become largely accepted. There was a lack of alternatives. Quality didn’t matter. Money was still being made. The taxi industry was ripe for disruption and is getting, what it deserved.

That same disruption has not yet hit recruitment in any meaningful sense. LinkedIn and similar platforms are just the tip of the Uber iceberg for the recruitment industry. There is the argument that LinkedIn is not actually disruptive at all, but more like a pleasant spray of pot pouri in an otherwise smelly taxi for a lot of agencies. But at some point the landscape will shift….and candidates and clients will have a genuine alternative to using agencies. And when that happens, will people still accept the only way to get to where they want is to get in your smelly taxi?

I guess that taxis won’t suddenly disappear. And there is no reason that a good agency should either, regardless of what new tools and toys come in to play. But agencies who just float along on the status quo, rely on a lack of alternatives and do little to improve, might be left to join the band of annoyed taxi drivers pissed off that their comfortable livelihood will be lost to a bunch of upstart amateurs who think they can do better.

I lied…..Kris is my favourite!

One thought on “Why recruiters should fear Uber.”