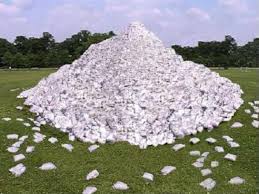 Career: an occupation undertaken for a significant period of a person’s life and with opportunities for progress.

A lot of recruiters I meet talk about being ‘career recruiters’. However, what I often see is people with a series of jobs strung together over a number of years, often with no logical progression or direction.

For these recruiters, the motivation to make the change is  simply to get out of a bad situation. It might be prompted by a desire to escape a poor culture or unpleasant boss; it might be a case of self protection, moving before being pushed out on the back of a run of poor results; it might be due to uncertainty about the stability of their current employer or that golden nugget of a reason…..because they fancy a change of scene. Often this decision is a knee jerk reaction to something that happened and isn’t well thought out. Sometimes it is done out of desperation.

The result is usually a sideways step to another job, doing something roughly similar, in a similar type of company at a similar level. That might work well for a period, until similar challenges arise and they are on the move again. And the process is repeated every few years, with the comfort that although their CV might look like a dogs breakfast, some agency somewhere will probably give them another job.

It is an easy trap for recruiters to fall into. The reality is that they are in high demand, which creates the marketplace and opportunities that allows this easy movement between jobs. And in turn this creates the perception for many that their job, and recruitment jobs in general are a bit disposable. Easy come, easy go.

If this is how you view recruitment then fair enough. Maybe you don’t really like recruitment that much, but if an agency is stupid enough to offer you your fifth job in three years, and this allows you to pay your bills and have a holiday every year, then maybe that’s enough for you. Good for you.

But if you are someone who claims to be ‘a career recruiter’, that you are ‘passionate about recruitment’, that you are ‘ambitious to develop’, that you are ‘looking to take the next step up in your career’ then don’t view your job like a gas bottle that when it’s done you can nip down the servo and change it.

If you want to be seen as a career recruiter, not just someone who has been in recruitment for a period of time, then you need to manage your career accordingly. That means not just thinking about your current job and what is next, but what the job after that, and the one after that looks like. It means identifying your end goal and putting a process in place to get there. It means having a timetable and viewing that in terms of years not months. It means not throwing your toys out of the pram when things go wrong in your current job. It means making smart, well thought out decisions so when you do move jobs, it is for the right job.

It means viewing your work not just as ‘a paid position of regular employment’ but as ‘an occupation undertaken for a significant period of your life and with opportunities for progress’.

One thought on “Recruitment jobs – as disposable as dirty nappies.”