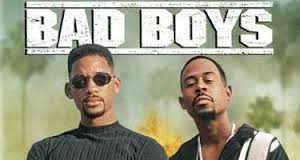 You’re hardly likely to see me on a Friday afternoon at the Mitre Tavern… mumbling across the bar towards one of my competitors… say… Pete Watson… (no relation and all around good bloke), something like.

‘Luke banged your missus… sorry to have to tell you.’

No… you’re hardly likely to see me do that. For a start Pete’s too classy to condescend to having a drink there, Luke’s too gentlemanly to do anything like that… and I don’t mumble.

All jokes aside though, the recruitment industry already has enough challenges with integrity and reputation. And we certainly don’t need public sledging on top of that!

But… unfortunately it seems, not everyone marches to the beat of that drum…

I’ve had a very recent experience where a recruiter’s good name has been besmirched… and we all know (most) recruiters love a bit of gossip and innuendo. … so it spread… quickly. Trouble is… there was absolutely no basis to it. And it’s very sad that a person’s character and career are irreversibly damaged based on a lie.

It reminds me of another instance from a number of years ago.

A senior recruiter, with great career stability came to me to discuss their next opportunity. During the interview he, (let’s call him Ralph Malph), told me he was recently let go due to a disagreement with management. Ralph’s billing history and knowledge of the market was impeccable. I discussed some agencies with him and Ralph gave me permission to represent him to a couple of my clients. All standard, boring stuff right? We do it everyday… but then it got interesting.

‘Good Morning Bill.’ I literally sang down the phone to my client. ‘I have a great candidate for you.’

‘Great.’ Bill replied. He wasn’t excited as I was… yet.

‘His name is Ralph Malph. He has 6 years in the industry locally. He was with his last employer for over 4 years and his billings will blow you out of the water. Can I arrange an interview and send you over his details?’ Bang!

‘Mate.’ Bill responded. ‘I’ve heard some stuff about Ralph Malph. You might want to do a little research on your candidates before you represent them…’

The call to the second client ended in a similar way.

I spoke to Ralph and he seemed genuinely confused. I asked him if I could speak to his most recent Manager. Ralph told me I could and that the disagreement was simply over excessive KPI’s – even though he smashed his billing target quarter on quarter – funny that.

So I pick up the phone…

‘Hello, this is Howard Cunningham.’

‘Hi Howard.’ I responded. ‘My name is Craig Watson and I have been given your name by Ralph Malph to confirm employment and to take a reference, do you have some time now?’

‘Sure.’ Howard replied, ‘But you’re probably not going to like what I have to say.’

‘What do you mean?’ I was starting to get a little sick in my mouth.

‘Well, to be brutally honest. Ralph has a problem with Charlie…’

‘Charlie? Who’s Charlie?’ I was confused.

‘Not who… what.’ Howard responded.

‘Not who.’ He sounded exasperated. ‘What! You know… Charlie… Blow… Cocaine…’

‘Ohhhh.’ I responded, nodding into the phone, as I slowly hung up the receiver… you see back then we did everything on landline… not mobile… but I digress.

To cut a long story short, when I relayed my conversation to Ralph he was flabbergasted to say the least (and that’s not a fancy way of saying he was high…).

After some investigation, it turned out that a jealous colleague (not jealous of Ralph’s disarming good looks… jealous of his high billings…), had made up the story. Sure, we got to the bottom of it, but the damage had been done…

I implore you to be kind to each other. If you have a problem with a colleague, or competitor, talk to them directly about it. Not openly in the office or bar, not on social media and certainly not on television (I’m talking to you Nick Krygios).

And don’t make shit up… it’s not cool. We are all in this tough, tough industry together… play nice, because your integrity will follow you everywhere… and where you sit on the integrity meter will ultimately determine your success… Oh… that and your ability to actually recruit.