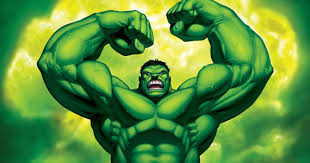 Recruiters – don’t crack the sads when it goes wrong.

People eh…they can be very frustrating… especially when they don’t do what you expect or want. And  for recruiters, that can be a nightmare. If you haven’t had someone ‘no show’ for an interview, turn down an offer, accept a counter offer or something similar then you probably haven’t been in recruitment long enough to legitimately call yourself a recruiter.

When these things happen, the natural reaction is to get ‘grrrrrr’, understandably so. And it often requires some form of self medication to get over it….a quick fag outside, spending the commission that you lost on a new pair of Christian Louboutin’s , quaffing a whole bottle of wine when you get home even though it’s a school night or a hefty session at the gym on the punching bag sweating out your anger.

That’s all good……but whatever your therapy of choice, don’t let them see that you are hurting!

Not because your too proud or anything like that. But because not all is lost…

It might be tempting to give your candidate an earful, but apart from making you feel a little better for a few minutes, it isn’t going to help you pay off those Louboutin’s any quicker. What might help do that though is to take a breath, suck it up and then re-position yourself for the longer game….

People sometimes make bad choices (me). They change their minds (me again). They behave out of character sometimes (yep, me also). They have other stuff going on in their lives that impact their decisions (four from four)….and, shock horror, they make decision that don’t suit us (full house!).

It might be that they have let you down and wasted your time – but does that mean they are a bad candidate full stop, forever, good night and amen?

So, if someone accepts a counter-offer, instead of opening up with both barrels, stay professional, re-iterate why they are making a mistake and leave the door open for them to come back if /when they come to that realisation. Because they probably will – and if you have gone about things the right way then you have another chance to make your placement, albeit 6 months later.

I should have listened to my own advice not that long ago when a candidate I had invested a lot of time into decided to accept a counter offer. Not my finest moment and made worse when six months later I see that she had a new job and had been placed by a competitor. If I had gone about things a bit different, she may have come back to me?

Around the same time I was representing a guy who had met a number of my clients before accepting a role with a mate, which he hadn’t told me about. On this occasion I took a more measured approach, explained professionally why I thought he was making  a mistake but wished him well….which is probably why he came back to me recently when things weren’t working out in his new gig and why he will be my next placement.

How do you react when things go wrong? Would you deal again with a candidate that let you down? And most importantly….what is your choice of therapy ?!

One thought on “Recruiters – don’t crack the sads when it goes wrong.”