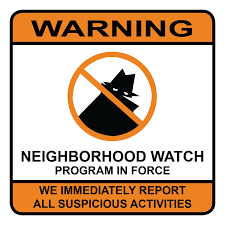 LinkedIn neighbourhood watch….who made you the boss?

Who should decide what is appropriate content for LinkedIn? Because a lot of people think it’s them!

It seems that there are more and more self appointed LinkedIn police out there, getting angry with anyone who uses their beloved platform for anything that they deem not professional and therefore inappropriate.

Don’t get me wrong; I don’t see the point of posting hard maths sums or a spiritual quote by anyone from Buddha to Kim Kardashian either. But  I just scroll past these types of posts…. just like I scroll past about 90% of work related stuff including the hundreds of adverts, blogs and articles and that I have no interest in.

Here’s the thing about LinkedIn…just like every other social media site out there, it’s the people who use it that determine the content. Apart from a few basic rules around being a good citizen, there are no rules. It’s pretty much a free for all.

Companies use Facebook more and more these days to find staff. Similar with other ‘non-work’ sites like Instagram. Twitter is as much as a networking site as it is a 140 character news service, and you are as likely to see a corporate video pop up on your YouTube channel as you are the latest Carpool Karaoke.

The lines between what is appropriate for what social media site is pretty blurred these days. And that’s because the good folk that use these sites, me and you, have made it that way. These sites evolve to become whatever we want them to become, with a little help from some clever IT boffins.

Who is anyone to tell me that posting a picture of a cow stuck in a fence isn’t professional…..it was (sadly) one of my most viewed posts of all time, but crucially it started a conversation with someone that I ended up placing. Networking can take all different forms….

If you really are that pissed off that someone has posted a picture of their dog riding a unicycle, then instead of adding to the background noise and demanding we all do it your way ….just stop using LinkedIn. No one is forcing you to be on it. Personally, I’d prefer to see a dog riding a unicycle than the majority of ‘professional’ drivel that makes up my feed. So here it is…

2 thoughts on “LinkedIn neighbourhood watch….who made you the boss?”