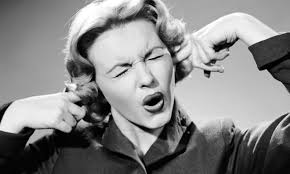 I got back from a short visit to the UK yesterday. Having done this trip pretty regularly over the last few years, I have become accustomed to the routine and glad to say that apart from the odd hiccup, it was pretty standard. However I did notice something different this time. It seems as though everyone in the UK wanted to know what I thought of them! They are obsessed! From the airline I flew with, to the restaurant we took my mum to for her birthday; the various Uber drivers I used, to the guy who did the pub quiz (when there were 4 questions on ‘dogs that appeared on X factor’ you can imagine my feedback was not the greatest!). I even had a survey from a survey company that the airline had outsourced their survey to, wanting feedback on their own survey – and I thought explaining the concept of using a recruiter to hire a recruiter was tricky to explain!

I don’t mind giving feedback. I am not sure whether anyone really takes notice of it; I suspect most of the time it ends up in a black hole where other token attempts at customer service live, never to see the light of day again. But fair enough for asking the question – it at least gives me the impression you care.

So, when everyone else is clambering to want to know what people think of them, how come we don’t see much of this sort of stuff in recruitment? I am sure there are agencies sending out an annual survey to their clients, or have a form in their reception that they ask their candidates to complete, but I don’t see a lot of effort going in to getting proper feedback. Why?

As a general rule, and certainly true for the highly personable and emotional nature of recruitment, it probably pays not to listen to everyone. But not to listen to anyone / discount negative feedback as the ramblings of another crazy candidate is somewhere between stupid and arrogant. I know this happens in a lot of agencies because when I ask what their perception of their brand is, they often have a rose tinted view, or no realistic idea at all. You may have over fifty recommendations on LinkedIn telling you how awesome you are (probably because you asked for them) but it doesn’t mean much when the majority of people are saying your brand is not so awesome.

I’m not advocating that we all suddenly go out there and bombard every candidate and client with a twenty-question customer service survey. But I do think it is interesting that as an industry we don’t seem particularly bothered about wanting to genuinely understand what our customers are thinking, good and bad.

Is it because we are scared of what we will find out? Have we just become immune to the negative feedback the industry constantly seems to get so we don’t bother asking anymore? Is it because we just don’t care, as long as we are still making money? Is it just all a bit too difficult when there are so many other things we can be doing with our time?