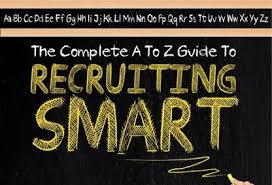 Anyone can recruit, right?

I think the idea of hiring someone is largely seen by most as something pretty much anyone can do. It doesn’t really take a lot of skill or experience, not like being an accountant or engineer. It’s the sort of thing anyone can turn their hand to. A bit like karaoke. Right?

This might all sound arrogant and self-serving. But if recent experience is anything to go by it is absolutely true….

I saw a post on LinkedIn last week from someone who was bemoaning the fact that numerous candidates had dropped out of their process, insisting, “We will take as much time as we need to make sure we select the best talent available.” It was followed up by various comments from other non-recruiters agreeing with the principle… “if they want the job they will wait”…. that sort of thing.

I also caught up with a friend who had just been for an internal promotion that hadn’t gone very well. Describing the process to me it sounded more like an audition to be on X factor. A 5 man panel interview, a leadership role play, a badly done psych test, questions such as “who is your hero” and “sell me this pen”, and an exercise where you had to build a bridge with a piece of twine and two straws…. which might have made more sense if he was going for the CEO job…as it was he was looking to take a small step up into a admin role that was still a pretty junior level.

And then there was the conversation I had with the guy at my local…he is an accountant who runs his own practice and was looking to hire someone. “Yep, got it out to 4 agencies so covered all the bases – bound to get some good candidates now.”

The above examples will all resonate with experienced recruiters as the wrong way to do it….hopefully!

We know that the best candidates are not going to wait for anyone. We know that an overly complicated, self indulgent process will not give you a better chance of selecting the right candidate when it doesn’t reflect the job you are hiring for. We know that giving a brief to multiple agencies only means it will get less attention than giving it to one.

This isn’t to knock the non-recruiters. You don’t know what you don’t know. And in today’s world where everyone and anyone has the tools available to DIY it, and with the industry continually suffering from a bad reputation, you can understand why a lot of people think they know best.

Our job should be to show them when they are going wrong and how they should be doing it. Of course, many won’t do that, not wishing to ruffle feathers or step outside of their comfort zone. But for me this is the real difference between really good recruiters and those that just call themselves recruiters.