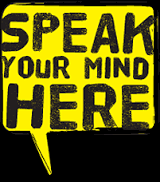 Am I being controversial…..

It has been suggested to me recently, by someone who I don’t know that well, that I am controversial. I am aware that I am a lot of things, but didn’t think that being controversial was one of them. I associated that label for those semi-famous, B-list celebrities who will say and do anything to get more headlines. Think shock-jocks like Alan Jones, so-called journalists like Piers Morgan, sporting stars like Kevin Pietersen, or the next nobody trying to become the next big reality TV star.

I’m pretty sure I am not like these folks, I hope not anyway. So I was surprised to be called controversial. But when I thought about it, maybe the label is justified…..although my motivations are more genuine than these ego driven media junkies.

We all have opinions. Whether it is what footy team you support, who should be running the country or if the Beatles were better than the Stones. And the same goes for recruitment – well if you work in the industry……I don’t think my Mum really cares about the pros and cons of contingent v retained.

Whilst I don’t have strong opinions about everything happening in our industry, and certainly don’t feel the need to jump on my soapbox at every opportunity, there are some things that I do feel strongly about. As a consultant, and someone who aspires to advise clients and candidates, I see it as part of my job to have opinions and when necessary voice them.

It is not about “hey look at me”…that is for the dance floor and karaoke bars. It is partly about defining myself, and therefore my personal brand, by allowing people to get an insight into my thoughts and opinions. It is partly about generating conversation and giving some airtime to issues that I think are important to the overall industry. Sometimes I just get angry or really excited and want to express myself.

I suspect the ‘controversial’ label came about from an update I recently put on LinkedIn eluding to the industry being racist. I got a mixture of responses, from being publicly slated for my opinion, which is fine, and privately applauded by some who did not want to be openly part of the conversation, which is also fine. I have previously offered other comments that have deemed to be ‘controversial’. Going back some years I suggested the need for recruiters to wear a tie was dead (it was controversial at the time!) and have often spoken about the importance of making sure recruitment is not primarily a sales role.

The point to all this is that if you are going to call yourself a consultant, expert, guru, Jedi or whatever else, then you should be prepared to express your opinions. I admit that owning my own business allows me the freedom to do this, and that is not a luxury granted to a lot of employees. But when the alternative is silence, or the safe ground of common opinion, or even worse not having an opinion at all, how are you being a true consultant? It might be scary, and you should be prepared for people not to agree with you, and sometimes pretty strongly, but that is not a reason not to do it.

So, I would like to challenge you, our loyal and faithful readers…don’t be silent any longer. Leave a comment or opinion below. Make it about anything you like. I really hope you do…. you don’t have to be controversial!

8 thoughts on “Am I being controversial…..”